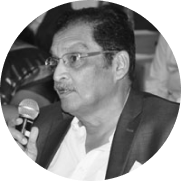 S R Mehra joined the Indian Police Service in 1970 and was assigned to the Assam – Meghalaya cadre. He served in senior capacities both in the State (Assam/Meghalaya) and Central Governments.

After training in the National Academy of Administration, Musoorie and the National Police Academy, Hyderabad followed by training in the state, he commenced active duties as Superintendent of Police of a district in 1974. Thereafter, he served in several capacities in the State and Central government including Inspector General of Police; Joint Secretary, National Security Council Secretariat, PMO, Delhi; Additional Director General, Central Reserve Police Force, Delhi; Commissioner of Security (Civil Aviation), Delhi; and Secretary (Security), Government of India, Delhi. He superannuated from service in March 2008.

While in the National Security Council, he specialized in international relations, particularly with neighbouring countries, international terrorism, bilateral meetings and negotiations at the highest levels. He served as a resource person, in areas of specialization and in training institutions/academies. He was invited to various forums, most recently by the World Customs Organization and East West Institute, Brussels, for talks/presentations on aviation security issues.